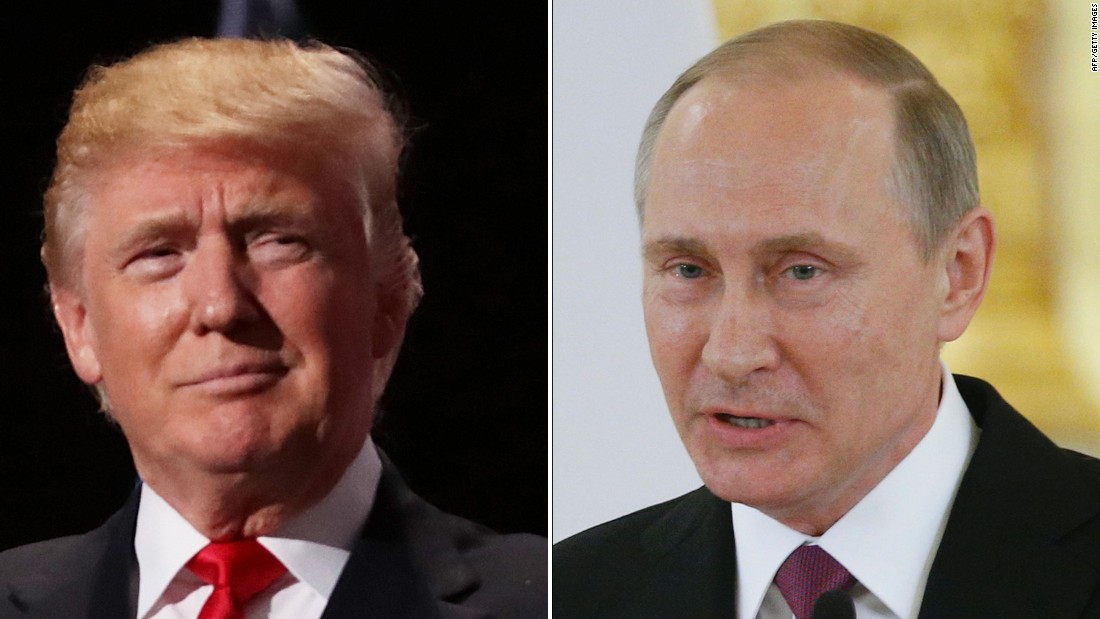 “He’s not going into Ukraine, OK, just so you understand. He’s not going to go into Ukraine, all right? You can mark it down. You can put it down. You can take it anywhere you want,” Trump said in an interview on Sunday with ABC’s George Stephanopoulos on “This Week.”
“Well, he’s already there, isn’t he?” Stephanopoulos responded, in a reference to Crimea, which Putin took from Ukraine in early 2014.
Trump said: “OK — well, he’s there in a certain way. But I’m not there. You have Obama there. And frankly, that whole part of the world is a mess under Obama with all the strength that you’re talking about and all of the power of NATO and all of this. In the meantime, he’s going away. He takes Crimea.”
Trump attempted to clarify his position on the conflict between Ukraine and Russia in a series of tweets Monday morning, after he was criticized for his muddled response in the interview. He explained that when he said Russia wouldn’t move into Ukraine, he was referring to a time when he is president.
“When I said in an interview that Putin is ‘not going into Ukraine, you can mark it down,’ I am saying if I am President. Already in Crimea!,” Trump wrote.

When I said in an interview that Putin is "not going into Ukraine, you can mark it down," I am saying if I am President. Already in Crimea!

And he argued that the conflict over Crimea was the fault of the Obama administration, writing: “So with all of the Obama tough talk on Russia and the Ukraine, they have already taken Crimea and continue to push. That’s what I said!”

So with all of the Obama tough talk on Russia and the Ukraine, they have already taken Crimea and continue to push. That's what I said!

Trump also pushed back against the criticism during a campaign event Monday in Columbus, Ohio.
“You want to go back? You want to go back and have World War 3? That was on Obama’s watch,” Trump said of the invasion.
Trump also responded to criticism that he has been too complimentary of Russian President Vladimir Putin: “Wouldn’t it be great if we got along with Russia?” he said.
During the ABC interview, Stephanopoulos interjected to note that Trump has suggested he could recognize Russia’s claim on Crimea over Ukraine’s — and Trump didn’t back away from that possibility in the interview.
“I’m going to take a look at it,” he said. “But you know, the people of Crimea, from what I’ve heard, would rather be with Russia than where they were. And you have to look at that, also … just so you understand, that was done under Obama’s administration.”
Trump added: “And as far as the Ukraine is concerned, it’s a mess. And that’s under the Obama’s administration with his strong ties to NATO. So with all of these strong ties to NATO, Ukraine is a mess. Crimea has been taken. Don’t blame Donald Trump for that.”
The Clinton campaign responded later Sunday, with senior policy adviser Jake Sullivan saying: “What is he talking about? Russia is already in Ukraine. Does he not know that? What else doesn’t he know?”
“Today, (Trump) gamely repeated Putin’s argument that Russia was justified in seizing the sovereign territory of another country by force. This is scary stuff,” Sullivan said in a statement. “But it shouldn’t surprise us. This comes on the heels of his tacit invitation to the Russians to invade our NATO allies in Eastern Europe.”