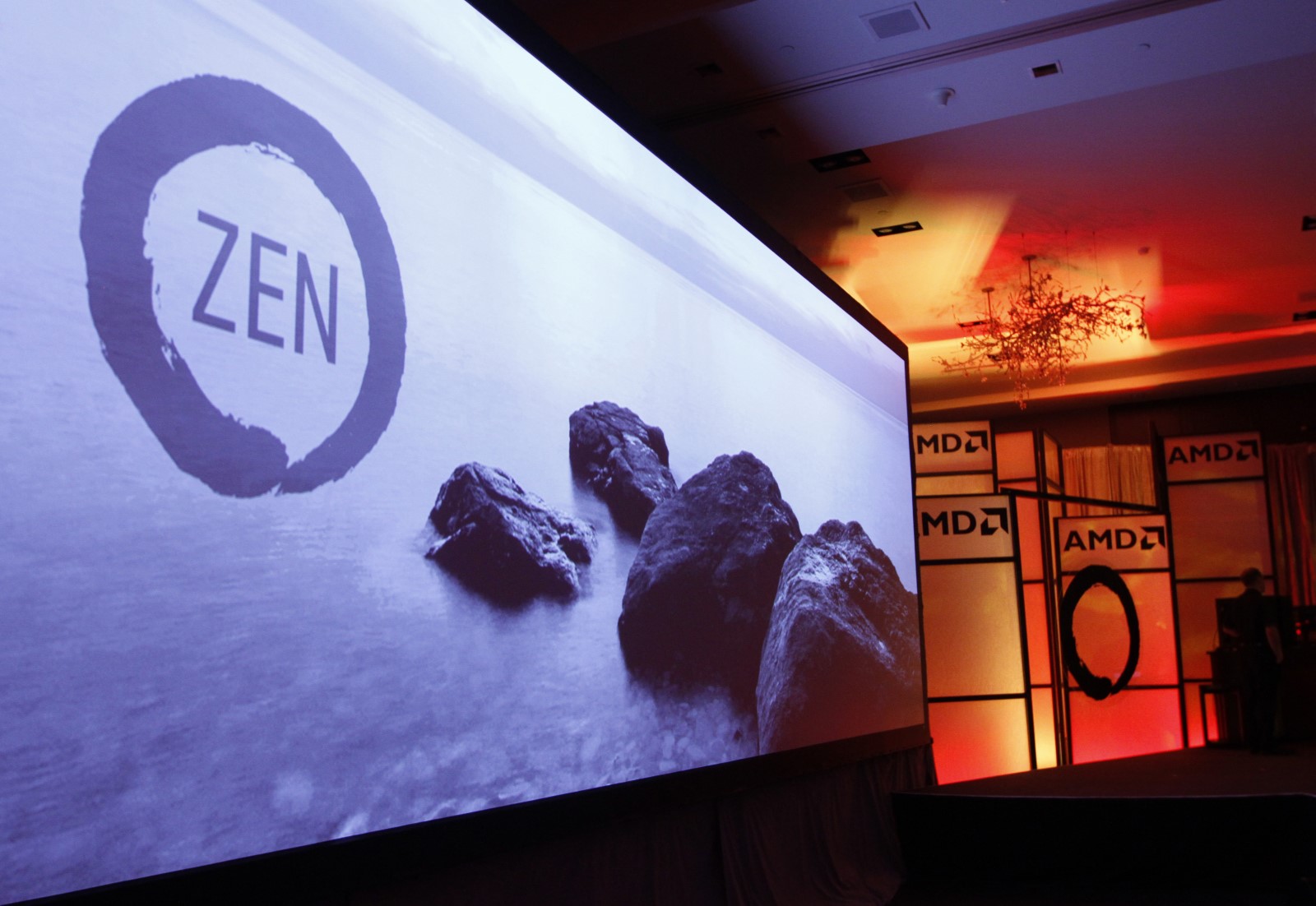 A block away from Intel’s Developer Forum in San Francisco, AMD brought together a select group of media and analysts to make one thing clear: Its long-awaited Zen processor actually exists, and it’s on track to ship early next year for desktops. Surprisingly, the company is aiming directly at the high-end PC gaming market, whereas its last few chips appealed more to budget builders.

“Our focus is on high-performance CPUs and GPUs,” AMD CEO Lisa Su said, as she listed off the company’s most recent accomplishments. Those include building the chips powering both the PlayStation 4 and Xbox One (as well as the One S and the upcoming Project Scorpio), and delivering a surprisingly powerful $200 video card in the Radeon RX480. 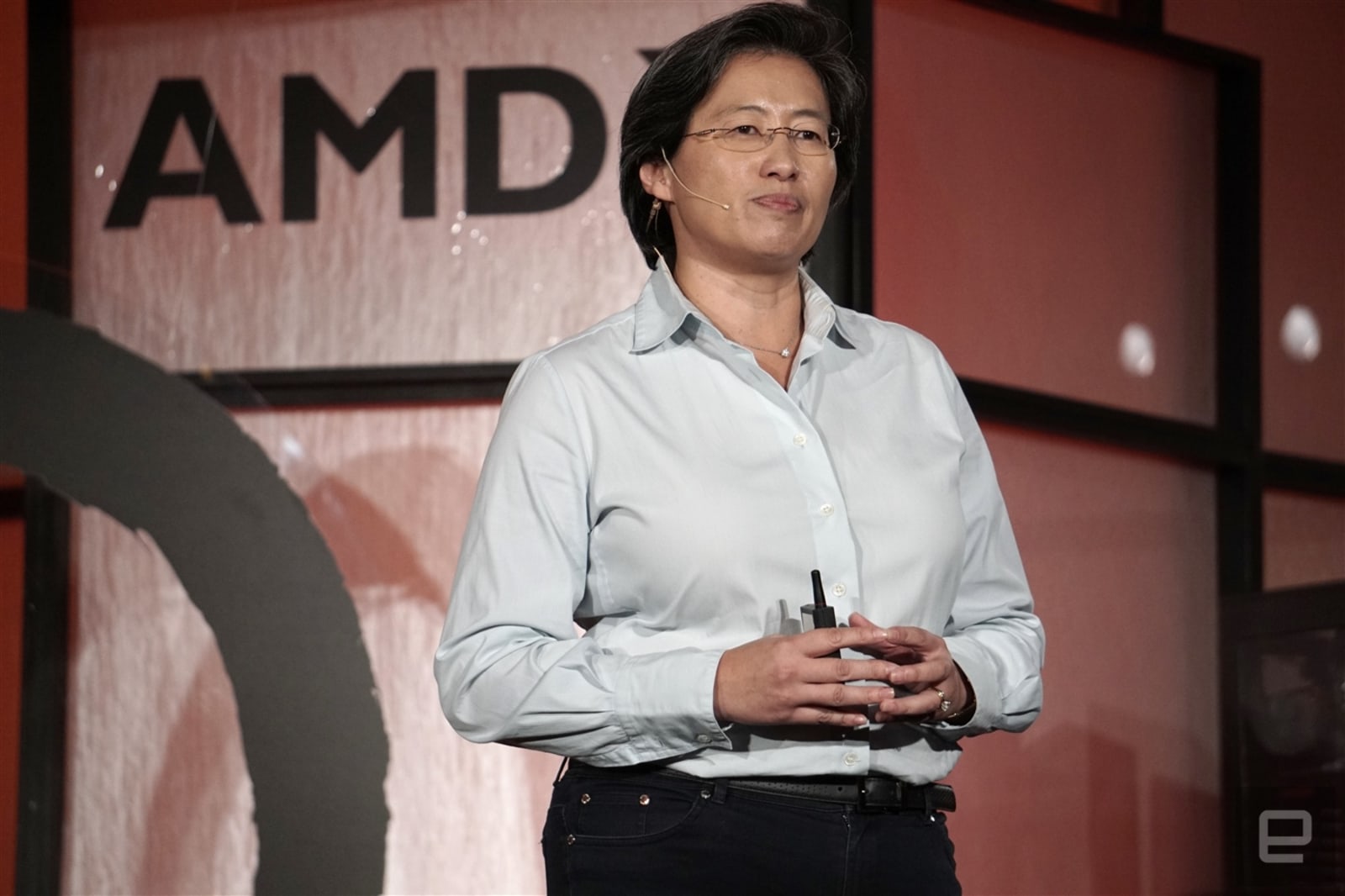 Beaming like a proud papa, AMD CTO Mark Papermaster listed off what makes the Zen processor so special: It’s built from the ground up with a focus on “performance, throughput and efficiency.” Using a 14nm FinFET (3D transistor) architecture, AMD’s engineers have increased the chip’s performance by 40 percent, compared to their last-gen hardware, all the while making it more power efficient. AMD has also finally implemented Simultaneous Multithreading (SMT), which lets Zen’s cores run multiple threads at the same time (basically, its own version of Intel’s HyperThreading).

“We have to be faster, we have to be more agile, we have to be more creative, because we’re the smallest player,” Papermaster said. Digging a bit deeper into the technical details, AMD says it increased Zen’s instruction scheduler by 1.75x and execution resources by 1.5x, added an 8MB L3 cache, and also implemented a larger shared L2 cache. Altogether, Zen should push around five times the amount of bandwidth to its core than AMD’s previous Excavator design.

So what does all that mean to you? Basically, you can expect the company’s Zen chip to be better at massive processing tasks (think 4K video and gaming, as well as VR), and easier on laptop battery life. It sounds like the sort of leap in performance AMD needs to better compete with Intel in high-end computing, but there’s still much we don’t know. Zen’s thermal profile, which would tell us just how efficient it actually is, remains a mystery. And naturally, AMD isn’t ready to talk about final clock speeds or pricing just yet. Papermaster says more technical details will be divulged at the Hot Chips conference next week.

AMD’s first product based on Zen will be an 8-core, 16-thread desktop chip called Summit Ridge, which will run on the new AM4 platform and will support DDR4 memory and “next-gen I/O.” But the company also hopes Zen will help it get back into the lucrative server market with “Naples,” a 32-core, 64-thread behemoth. AMD also expects to see the new chip design reach embedded computers in the future (mostly due to its increased power efficiency). Surprisingly, the company’s engineers are already hard at work on its followup platform, Zen+, Papermaster revealed.

To give us a sense of Summit Ridge’s performance, AMD pitted it against a Core i7-6900K, Intel’s top-of-the-line 8-core chip (which currently sells for around $1,100), using the Blender rendering benchmark. With both chips clocked at 3Ghz, the Summit Ridge machine managed to finish rendering a scene around half-a-second faster than Intel’s processor. AMD had to downclock its competitor from 3.2GHz to make the fight fair, but the benchmark as still a notable win. We also saw Summit Ridge, together with AMD’s R9 Fury X, playing Deux Ex: Mankind Divided in 4K with smooth frame rates (of course, we weren’t told the exact FPS figure).

You can expect Summit Ridge to hit the market in the first quarter of 2017, while Naples will launch in the second quarter. And if you’re aching to get Zen in a laptop, keep an eye out during the second half of next year (the company announced its latest batch of laptop chips back in May). Despite its progress with Zen, AMD will surely have competition from Intel, which is expected to debut its seventh-generation Core CPUs this fall.