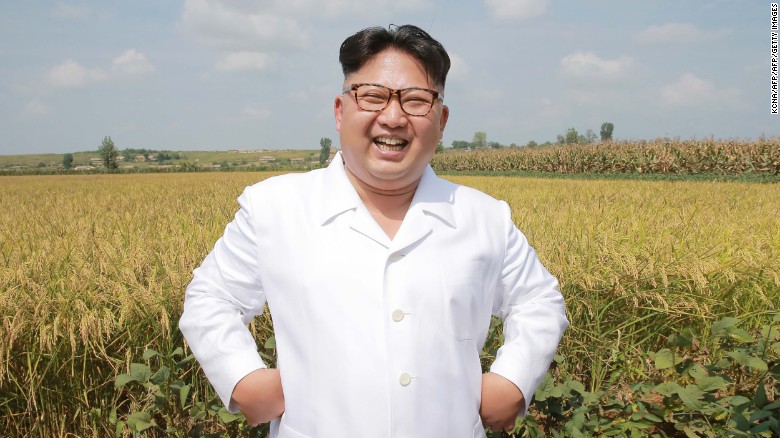 Asked in parliament Wednesday if there was a special forces unit already assembled that could eliminate North Korean leader, Kim Jong Un, Han Min-koo said: “Yes, we do have such a plan. “
“South Korea has a general idea and plan to use precision missile capabilities to target the enemy’s facilities in major areas as well as eliminating the enemy’s leadership,” he added.
Kim Jong Un inspects Farm No. 1116 in an undisclosed location in a photo released September 13, 2016.
It has long been suspected that such a plan was in place but the minister’s candid answer surprised some.
“A president would want to have the option,” says Daniel Pinkston of Troy University. “… Not presenting that to the president, not training for it and having that capability would be a mistake.”
South Korea has intensified its rhetoric against the leadership of North Korea since Pyongyang claimed a successful test of a nuclear warhead on September 9.
This week it tested a new type of high powered rocket engine of the type that could be used for an intercontinental ballistic missile. 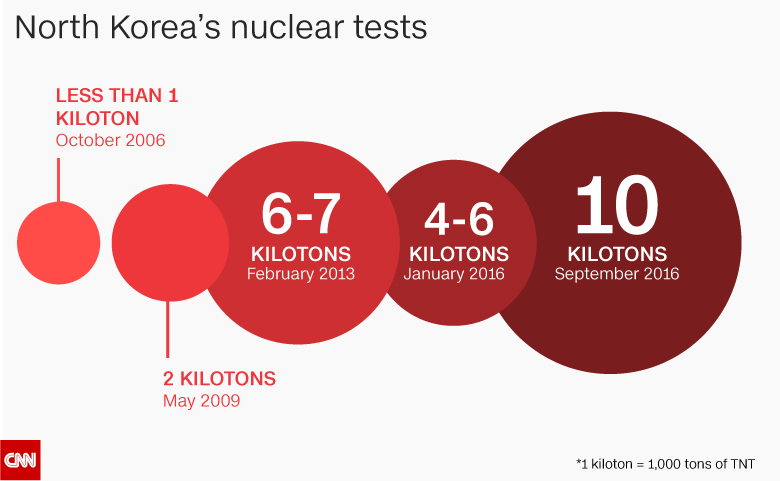 The defense ministry has said it is planning for the worst case scenario and assumed North Korea was ready to conduct a sixth nuclear test.
Earlier this month, Leem Ho Young, Chief Director of Strategic Planning at the Joint Chiefs of Staff, described a new system called the Korea Massive Punishment & Retaliation (KMPR) just hours after North Korea claimed it had tested a nuclear warhead.
It would involve surgical missile attacks, exclusive special warfare units and an ability to strike North Korea’s leadership if South Korea feels threatened by nuclear attack.
Japan: North Korea nuclear threat reaches ‘different dimension’
Meanwhile, North Korea accused the United States of pushing the peninsula to the brink of war after this week’s flyover of two US B-1B bombers close to the DMZ or demilitarized zone that separates North and South Korea. 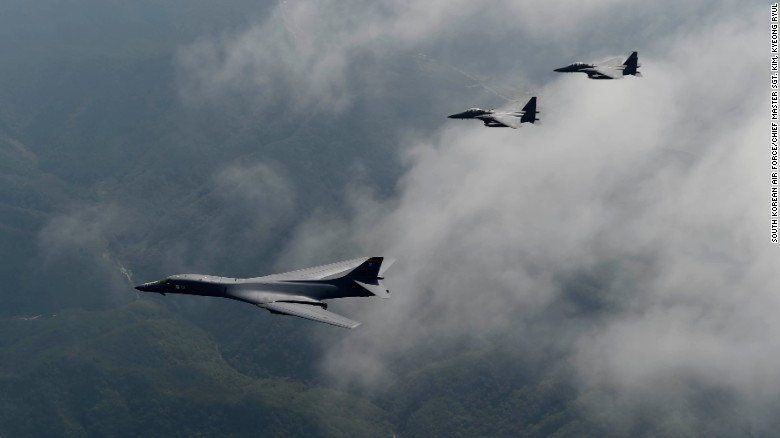 A U.S. Air Force B-1B Lancer is flanked by two F-15K Slam Eagles during a flight over South Korea, September 21, 2016.
A US military source told CNN this is the closest this type of bomber has ever flown to North Korea.
Pyongyang said it was a “vicious scenario to make a preemptive nuclear strike at the DPRK,” according to state-run news agency KCNA.