Democratic presidential candidate Hillary Clinton called on the FBI Friday to release all information in its renewed investigation into her use of a private server while secretary of state after discovering new emails – apparently during the probe of former Rep. Anthony Weiner’s sexting – in a stunning turn of events just days before the presidential election.

END_OF_DOCUMENT_TOKEN_TO_BE_REPLACED

The Alcatel Idol 4S is a low-cost VR handset. 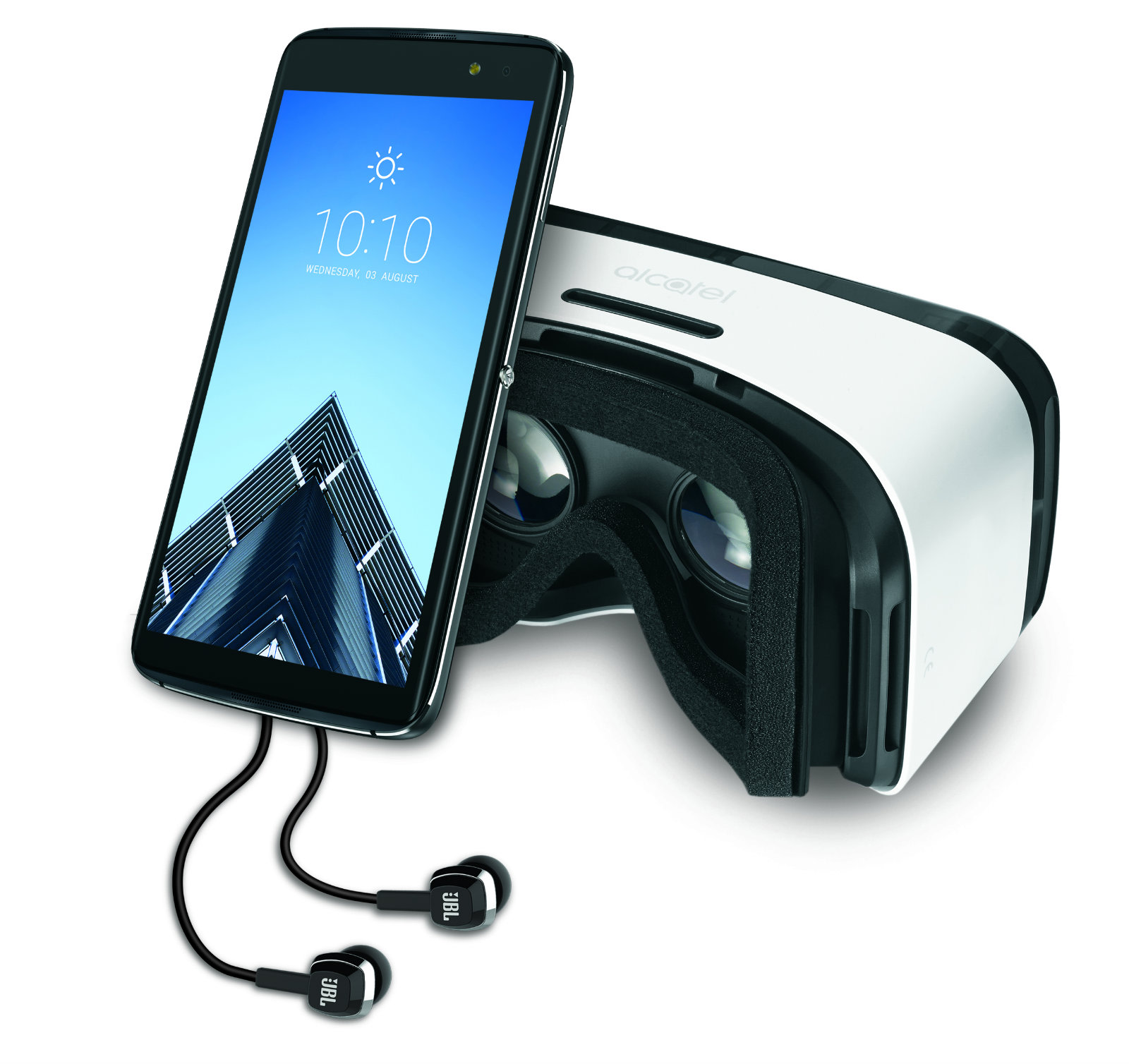 T-Mobile accidentally leaked the newest Windows 10 phone, the Alcatel Idol 4S, ahead of the handset’s official announcement during Microsoft’s Surface event in New York City today. The handset was originally released in July as a low-cost competitor to the Galaxy VR, though, back then, the Idol was still running Android. T-Mobile is now offering the Idol 4S bundled with a VR headset as well as a 45-day trial subscription of Hulu, a 60-day trial subscription to Groove Music and a free copy of Halo Spartan. There’s no word yet on pricing or availability.

END_OF_DOCUMENT_TOKEN_TO_BE_REPLACED

In the midst of his frenzied run for the White House, Donald Trump has frequently taken detours – once to another continent —  to promote his own business interests. Tuesday morning was one of those pit stops rooted in brand enhancement, as the GOP nominee began his day at Trump National Doral, his golf course near Miami, Florida.

END_OF_DOCUMENT_TOKEN_TO_BE_REPLACED

Microsoft’s next version of its Windows 10 operating system, the Creator’s Update announced this morning, is about to get a lot more social. The company demonstrated a new feature called “My People,” which puts your most important contacts directly in the bottom toolbar on your desktop, so you can more easily share with them, message them across a variety of communications apps, and even receive emoji pop-ups as a way to tell each other that you’re thinking about them.

END_OF_DOCUMENT_TOKEN_TO_BE_REPLACED

Microsoft unveiled the Surface Studio today, an all-in-one PC with a 28-inch PixelSense display, with the thinnest display ever built according to Microsoft and a 3:2 display ratio. It also has an Intel Core processor, with a 2TB hybrid hard drive and an NVIDIA GPU, as well as integrated 2.1 speakers and a haptic feedback controller puck device.

END_OF_DOCUMENT_TOKEN_TO_BE_REPLACED 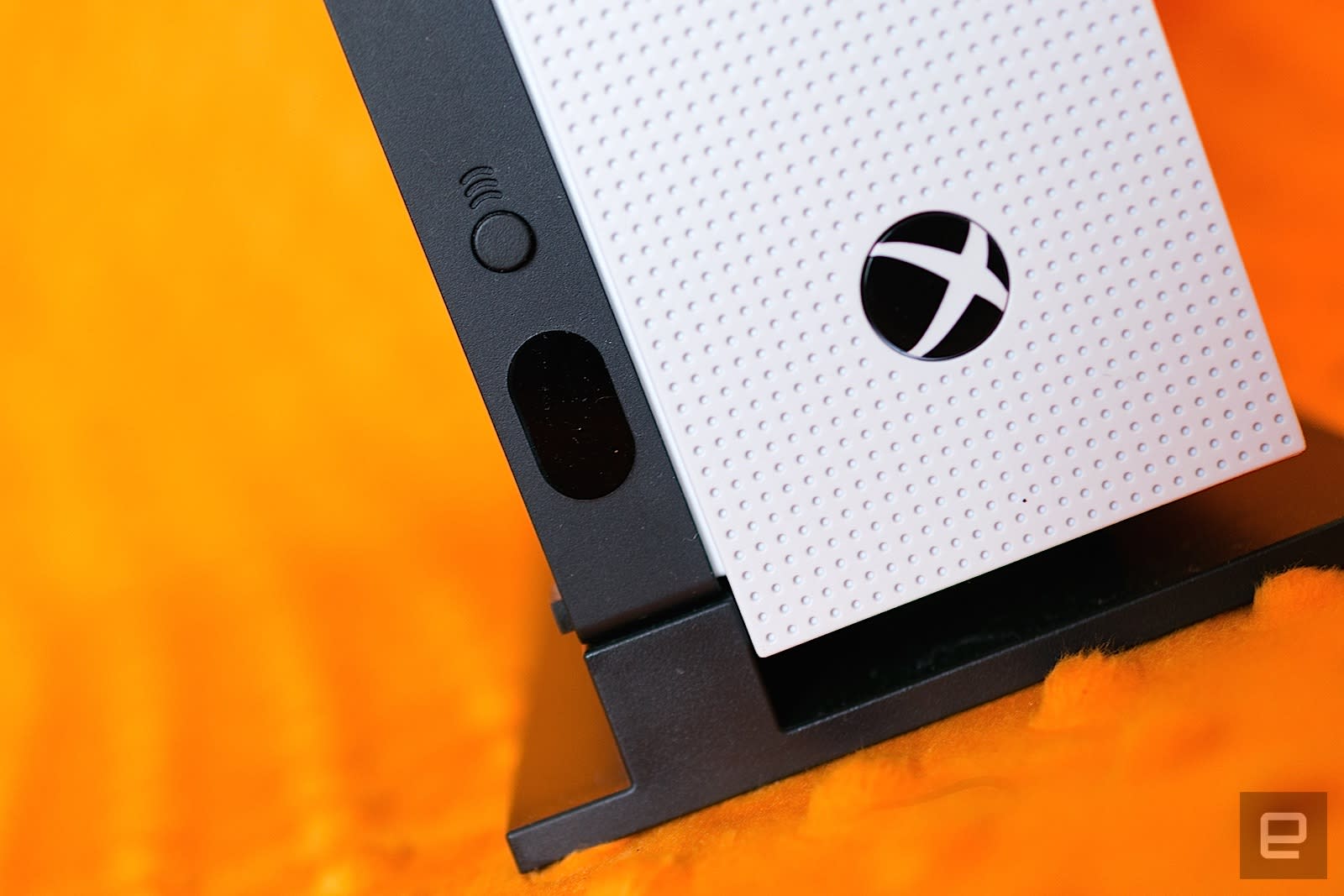 This morning’s big Microsoft event is all about the software, but as anticipated, the company also had a few hardware surprises up their brightly colored sleeves. After all, you’re going to need some devices specially tailored to the new Windows 10 Creators Update, what the company is modestly referring to as, “the world’s largest collaborative software project.”

END_OF_DOCUMENT_TOKEN_TO_BE_REPLACED

Microsoft is currently holding a press conference in New York. The company is focusing a lot on 3D and all sorts of realities, from augmented reality to virtual reality. As part of this big push, Microsoft announced that it is partnering with five different brands that will all ship VR headsets for the next Windows 10 update.

END_OF_DOCUMENT_TOKEN_TO_BE_REPLACED

Get ready for features like a 3D version of Paint and “HoloTours.” 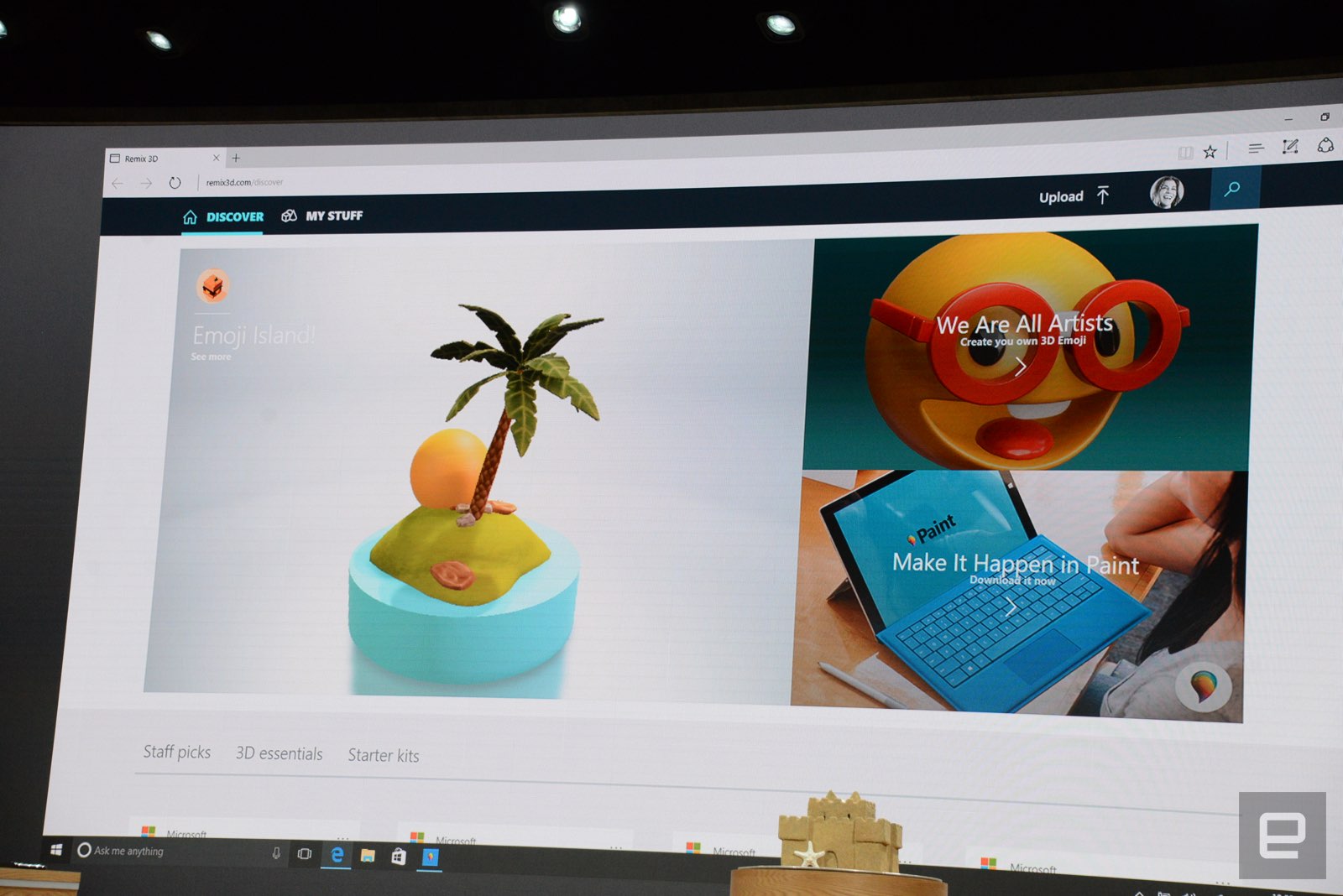 Even though the Surface line of convertible PCs has made Microsoft a hardware contender, its world still revolves around Windows 10. At today’s event, the company has revealed a lot of details about the next Windows 10 release, dubbed the “Creator’s Update.” That all starts with the 3D version of Paint it previewed earlier this month that’s far from version you may have created a pixelated doodle with. Instead, it allows you to scan objects from the real world and bring them into a 3D environment.

END_OF_DOCUMENT_TOKEN_TO_BE_REPLACED

Game Broadcasting for Windows 10 is coming, which brings built-in game streaming to the platform at the OS level. The tech for this is built using Beam, the TechCrunch Battlefield company that Microsoft acquired earlier this year. The Game Broadcasting tools provided by Beam incorporates interaction options for spectators, including the ability to make suggestions.