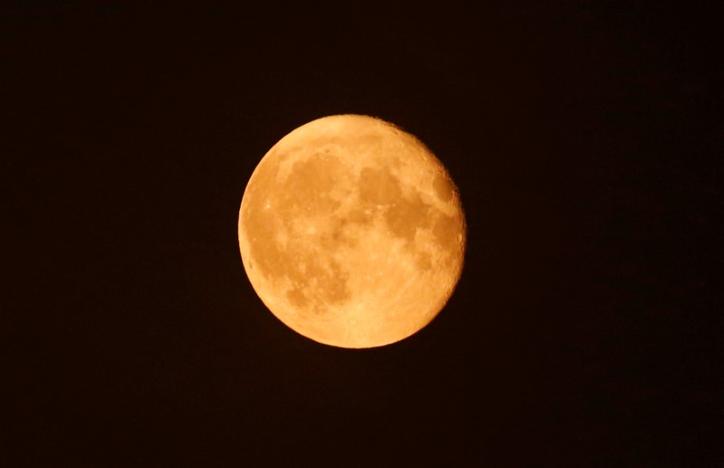 The largest, brightest full moon in nearly seven decades will be on display in the coming days, promising Earth-bound sky-watchers a celestial “supermoon” spectacle.

The moon’s distance from Earth varies because it is in an egg-shaped, not circular, orbit around the planet.

If skies are clear, the upcoming full moon will appear up to 14 percent bigger and 30 percent brighter than usual, making it what is called a supermoon, according to NASA. A supermoon occurs when the timing of a full moon overlaps with the point in the moon’s 28-day orbit that is closest to Earth. About every 14th full moon is a supermoon, said University of Wisconsin astronomer Jim Lattis.

The next time a full moon comes as close to Earth will be in 2034.

“If you could stack up full moons next to each other, there is clearly a difference,” Lattis said, but to a casual observer it is going to look very similar to a regular full moon.

Weather permitting, sky-watchers in North America and locations east of the International Dateline will have a better view on Sunday night since the moon will set less than three hours after closest approach on Monday.

The difference in distance from one night to the next will be very subtle, so if it’s cloudy on Sunday, go out on Monday. Any time after sunset should be fine,” Noah Petro, deputy project scientist for NASA’s Lunar Reconnaissance Orbiter, said in a statement.