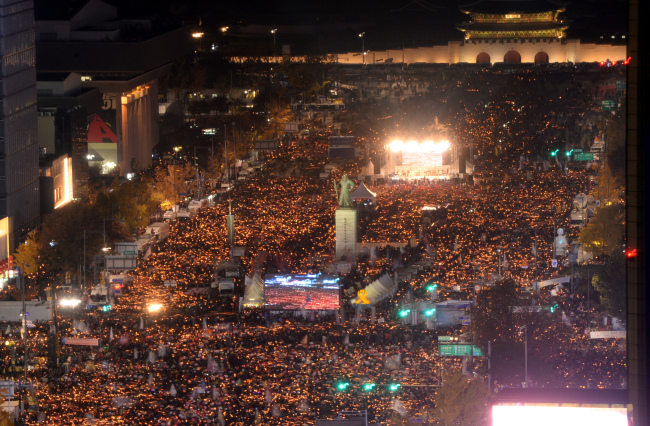 The police deployed some 25,000 officers to prevent potential violence.

Three opposition parties joined the rally, along with some potential presidential hopefuls, including Seoul Mayor Park Won-soon of the Democratic Party.

The previous record was set in June 2008 when 80,000 people, based on police calculations, turned out for a rally in Seoul against the government decision to resume U.S. beef imports. Organizers then put the number at 700,000.

Saturday’s rally, organized by more than 1,500 civic groups, is the latest in a series of massive rallies against Park whose presidency has been shaken by the suspicion that she let her long-time friend Choi Soon-sil abuse power from behind the scenes. 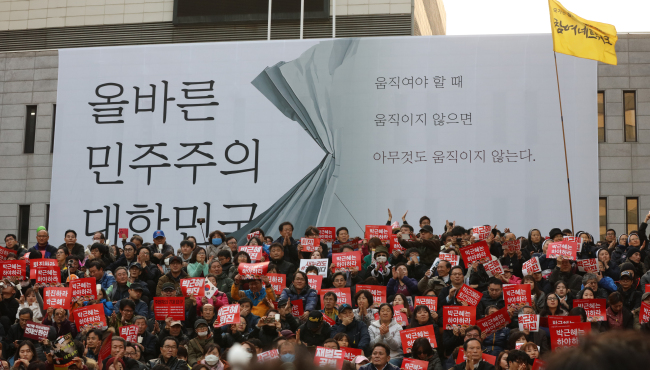 Park has so far made a public apology twice but apparently failed to allay public outrage over the scandal.

Her approval rating remained at a record-low 5 percent this week according to local pollster Gallup Korea.

After the gathering, the protesters plan to begin marching toward the presidential office Cheong Wa Dae at 5 p.m. Police originally banned them from entering the crossroads near Gyeongbokgung Station on subway line No. 3, citing possible traffic inconveniences. 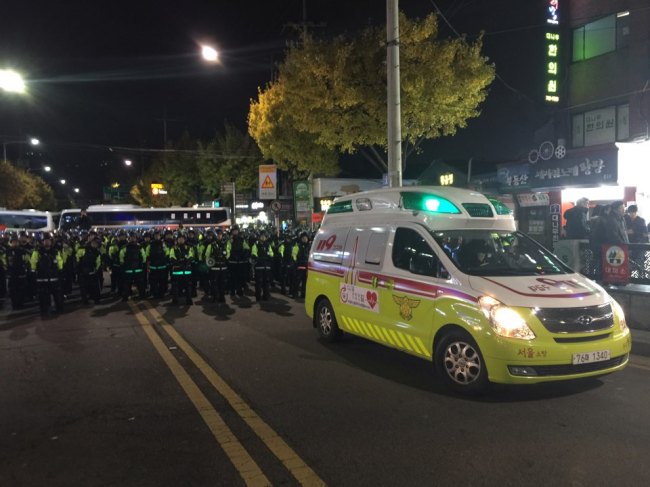 But a local court earlier on Saturday gave the nod for the protesters to march as planned, citing the freedom of assembly.

“Considering the specific purpose of this rally, which is to convey the public voice to the president, the meaning Sajik street and Yulgok street hold is significantly different from what they meant for other rallies,” the Seoul Administrative Court said.

“The rally and march are not led by a specific interest group, but by the general public, ranging from adolescents and adults to the elderly who volunteered to take part,” it added.

Regarding possible traffic inconveniences, the court said “it seems to be within the boundary the public can accept,” saying the organizers and press have been fully informing the public of the planned march. (Khnews and Yonhap)