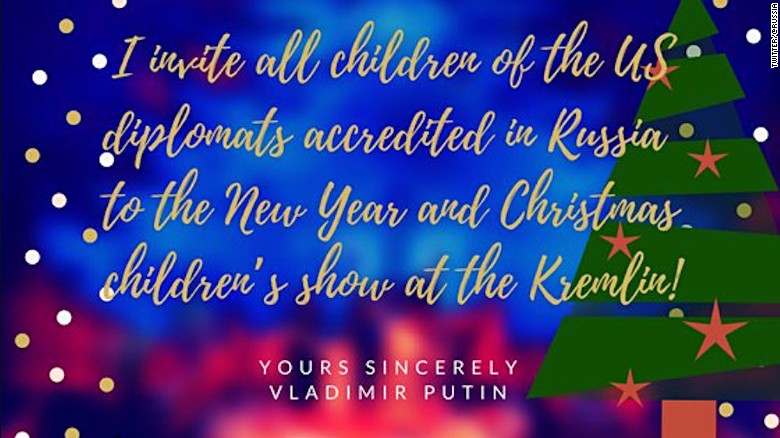 In dropping a new round of targeted sanctions on Russian diplomats and assets in the US, Obama on Thursday struck back at what the intelligence community has portrayed as an unprecedented — and successful — attempt by the Kremlin to meddle in the American democratic process. But even as President Vladimir Putin trolls the White House, saying he will turn the other cheek and sit tight awaiting what figures to be a more friendly administration on the horizon, questions outpace answers.

Former US Secretary of State Hillary Clinton handed a “reset” button to Russian Foreign Minister Sergei Lavrov during a meeting on March 6, 2009 in Geneva.
So what comes next and who holds the advantage? Here’s what we know, what the players are saying — and how the chess match is unfolding.

What did the US do on Thursday and why?

After weeks of ramped-up accusations about Russian hacking and promises of retaliation, the White House announced plans to expel 35 Russian diplomats — giving them and their families 72 hours to leave the country — and shuttering a pair of Russian compounds in New York and Maryland used by officials, in theory, for recreational purposes. 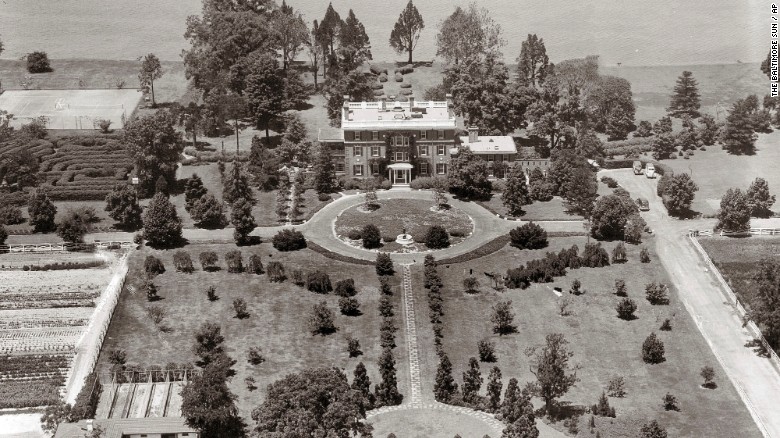 This 1940 aerial photo shows the Raskob Estate at Pioneer Point seen on the Eastern Shore in Maryland. Reports indicate the property was bought by the Soviet Union in the 1970s and historically served as a recreational getaway for its diplomats seeking a respite from the diplomatic whirl in nearby Washington, D.C. The Obama administration is shutting access to a New York retreat and this riverfront compound, saying they were used as spy nests. (The Baltimore Sun via AP)
The new sanctions follow months of insinuations, leaks and, more recently, open accusations that Moscow set out on a coordinated campaign to hack the private communications of American political actors, making public information that would both undermine voters’ confidence in the November elections and, according to some, boost Trump’s campaign.
In a “joint analysis report” by the Department of Homeland Security and the FBI, released with the sanctions notice on Thursday a summary titled “Russian Malicious Cyber Activity” and provided a detailed flowchart seeking to illustrate the complex nature of the Russian hacking effort.

How did Putin respond to the new sanctions?

The Russian President’s decision to postpone any retaliation for Washington’s sanctions, despite Foreign Minister Sergey Lavrov recommending the tit-for-tat expulsion of US diplomats, surprised some Kremlin-watchers.
In retrospect, Moscow’s tactics appeared orchestrated: first threatening to match the explosions announced by the Obama administration the previous day, then, in seeking to appear magnanimous — even extending an invitation to the children of American diplomats in Washington to a Christmas party at the Kremlin — backing off.

At the same time, Putin laid the onus of action on incoming President Donald Trump.
“It’s a smart play,” said James Nixie, head of the Russia and Eurasia Program at the London-based think-tank Chatham House. He said that while “Russia feels humiliated — it has been exposed and it has been punished,” Putin can afford to wait a few weeks to hit back. “He’s thought about it, considered acting now, but in fact is just being patient,” Nixie said.
Putin’s decision will force Trump to show his hand — and fast.
“If Trump doesn’t play ball, then we’ll be back to the old-style adversarial relations,” Nixie said. Putin is waiting to see “is Trump on our side, or is he not? At this point, we don’t know, either.”
On Friday afternoon, the President-elect offered some blunt instruction.
“Great move on delay (by V. Putin),” he tweeted. “I always knew he was very smart!”

Great move on delay (by V. Putin) – I always knew he was very smart!

Is this the start of a new Cold War?

While there are echoes of the Cold War in the matching expulsion threats, Nixie argued that Russia’s actions are predominantly about its future, not its past: Moscow “wants a new set of rules” to govern the way the world is run — who wields the power, who controls what, and who listens to whom.
Putin’s move can also be read as an “enormous insult” to the Obama administration, said Jill Dougherty, a Russia analyst and former Moscow bureau chief for CNN.
“It’s an amazing move and it’s classic Putin,” she said. “He’s a master of doing things that are unexpected, and this is truly unexpected.”

How strong is the US case against Russia?

That depends on whom you ask.
Trump has for months routinely questioned government assertions that state-sponsored Russian hackers were behind the breaches at the Democratic National Committee and inside Clinton’s campaign. He has suggested the Chinese could be to blame, or even “somebody sitting on their bed that weighs 400 pounds.”
But the US government has been laser-focused on Moscow for months. In October, officials publicly announced they were “confident” Russia had targeted the Democratic Party and aligned organizations. Obama this summer allowed, but stopped short of asserting in an interview that Putin had intended to aid Trump.
How the unflattering communications put on display by the hacks affected the election is nearly impossible to quantify, but the slow drip seemed calculated to sow discord and doubt, especially among Democrats during and after a tense primary contest.
Trump now says he’ll meet with the intelligence community to hear their case.

Why did the White House act now?

The ultimate decision followed a CIA announcement this month, made in private to a group of top US senators, that the hacks were carried out with the express purpose of delivering the White House to Trump.
Their evidence — which, again, has not been made public except through leaks to the press — includes findings that Russian hackers breached, but did not make public information stolen from the accounts of Republicans, including House members and GOP non-profits, according to a former senior law enforcement official with direct knowledge of the hack investigation told CNN.
The Republican National Committee has denied reports that it was compromised or targeted, and earlier this month, Trump’s incoming press secretary, Sean Spicer, questioned the intelligence community’s motives.
“If they are so certain it happened, why won’t they go on the record and say it?” Spicer told CNN. “I don’t understand it. It doesn’t make any sense.”

What is Obama’s angle here?

The Russians tend to get the credit — and criticism — for being crafty or acting covertly to advance a range of interests. On its face, the new round of sanctions are a simple act of retaliation — less a deft or devious hand than a symbolic swat — for the Kremlin’s alleged role in the election season hacks.
But whether it was intended or not, the Obama administration’s decision to act now, less than a month before clearing out ahead of Trump’s inaugural, will have a series of knock-on effects that should create difficulties and set a series of political traps for the new administration.
Trump has made no secret of his hopes to establish better relations with Putin and his autocratic regime. He played down news of the sanctions on Thursday, saying it was “time for the country to move on to bigger and better things.” A day earlier, the President-elect seemed to throw up his hands entirely, pleading ignorance — and skepticism — of all things tech.
“The whole age of computer has made it where nobody knows exactly what is going on,” he said. “And we have speed — we have a lot of other things, but I’m not sure we have the kind the security we need.”
Trump will need a more comprehensive argument, and understanding, if he is going to successfully navigate a Congress almost uniformly in favor of maintaining or, in the case of hawks like Sens. Lindsey Graham and John McCain, pursuing further avenues of redress.
If Obama, his legislative legacy under threat from all corners, can effectively tie up the new administration and members of its own party — to say nothing of Democrats who will gladly align themselves with more mainstream Republicans — then he stands a better chance of at least complicating Trump’s efforts to undo the work of the past eight years.

What is Trump’s play now?

Trump, who has repeatedly said he just wants everyone to move on, can undo the Thursday sanctions with relative ease after he takes office on January 20. But a unilateral decision to reverse course could expose divisions in a GOP caucus that, for all its post-election talk of unity, remains fundamentally divided on key issues like spending and what to do after it repeals Obamacare.
The confluence of Obama’s action and Putin’s demurral will test Trump right from the jump, as moving for steadier relations with Moscow will now come at a heightened domestic cost. House Speaker Paul Ryan, a Russia critic, will likely seek to influence Trump, further stressing their already fragile relationship and challenging incoming chief of staff Reince Priebus, who has emerged as a trusted middleman between his idiosyncratic boss and the established GOP order.
While the GOP establishment has stayed critical of Russia, Trump sees it differently. He is also threatened by his unique handicap — an apparent inability to, at least publicly, conceive of the hacking story as anything more or less than a backdoor assault on the legitimacy of his victory on Election Day.
“If Russia, or some other entity, was hacking, why did the White House wait so long to act?” he asked in a tweet last week, before the sanctions had been finalized. “Why did they only complain after Hillary lost?”
The claim was demonstrably false — the grousing had begun well before November 8 — but made clear how Trump perceives the question. In his Thursday statement, the President-elect was more reserved and revealed he would, “in the interest of our country and its great people,” take a meeting with “leaders of the intelligence community next week in order to be updated on the facts of this situation.”
How Trump responds to those facts, and whether he accepts them at all, will go a long way in articulating the paths ahead. But until those options are clear, his likeliest route is anyone’s guess