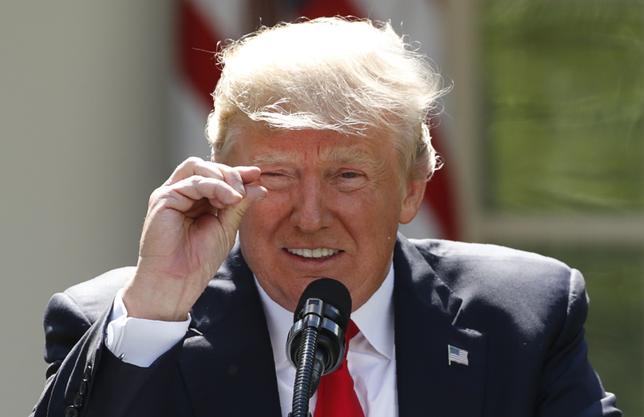 Massachusetts Institute of Technology officials said U.S. President Donald Trump badly misunderstood their research when he cited it on Thursday to justify withdrawing the United States from the Paris Climate Agreement.
Trump announced during a speech at the White House Rose Garden that he had decided to pull out of the landmark climate deal, in part because it would not reduce global temperatures fast enough to have a significant impact.
“Even if the Paris Agreement were implemented in full, with total compliance from all nations, it is estimated it would only produce a two-tenths of one degree Celsius reduction in global temperature by the year 2100,” Trump said.
END_OF_DOCUMENT_TOKEN_TO_BE_REPLACED